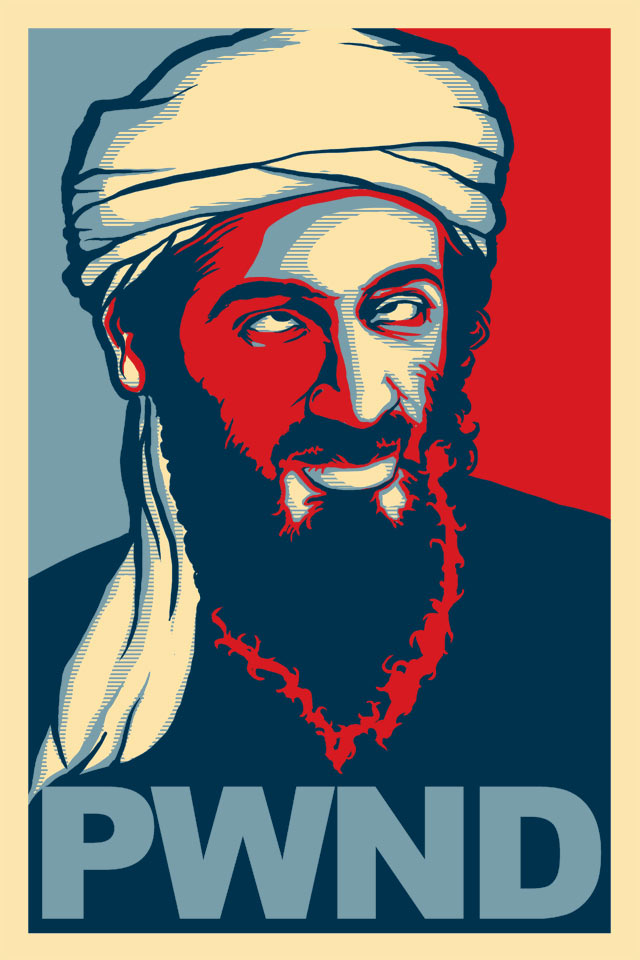 This was my first viral illustration / shirt. I remember one weekend toying with the Shepard Fairey Obama HOPE illustration style, reverse engineering how it was done, when I started reading rumours that Osama Bin Laden had been killed.
Thinking I might be able to sell a few tshirts, I quickly drew up this artwork aimed at the internet generation and uploaded it to Deviantart and Redbubble as tshirts and stickers the same day the news broke. Almost immediately it started getting hits on Redbubble (I think close to half a million over time) and lots of positive feedback. It quickly became my most popular design, and was talked about on news websites. I also received lots of messages from soldiers stationed at hotspots overseas who couldn’t wait for their tshirt to arrive. Shortly after, at the request of Redbubble I modified the artwork to remove the bullet hole so the shirt could comply with their ‘no violence’ policy and stay online (and not lose the incoming traffic, of course) hence the altered version.