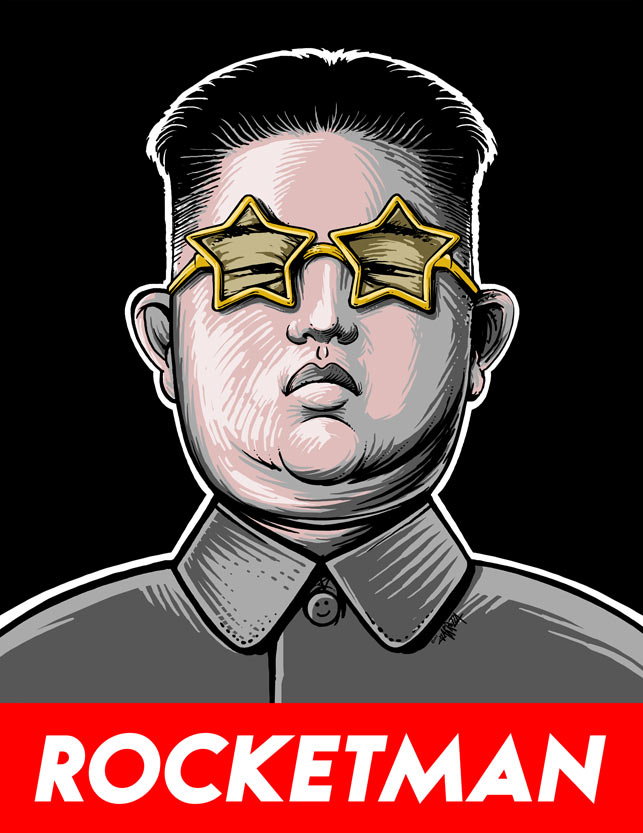 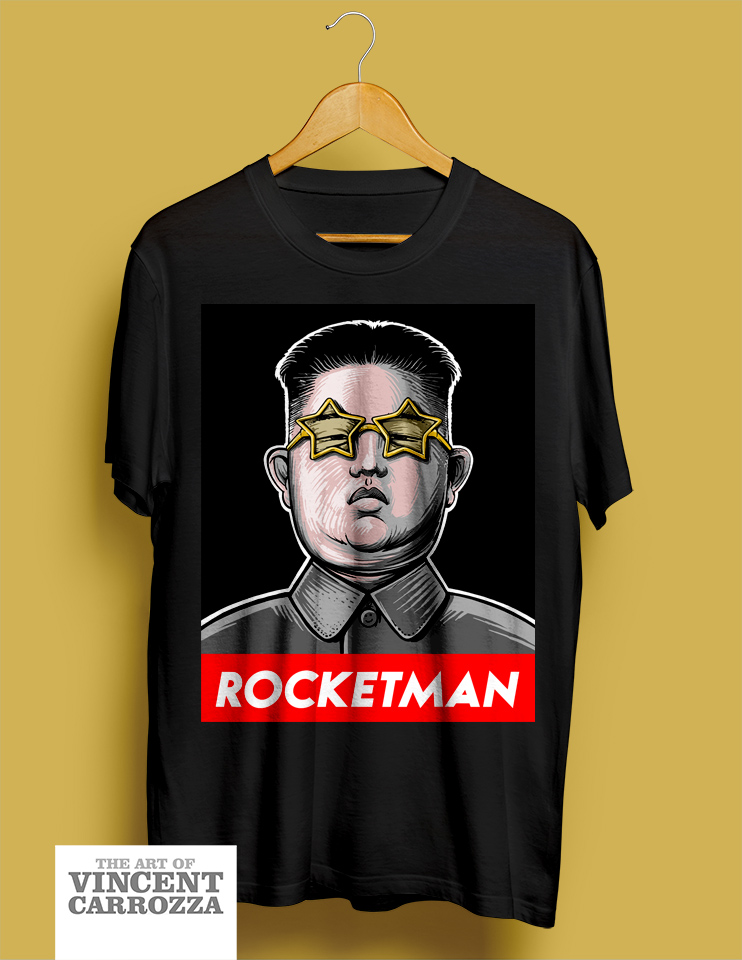 An animated version of this illustration is now available as an NFT on opensea.io here: Buy the NFT

In his U.N. speech, Donald Trump threatened to ‘totally destroy North Korea’ and called Kim Jong Un ‘Rocket Man’ That’s right, Rocketman. Of course, Kim Jong Un now thinks he’s some kind of supervillian. Granted, he has the hair for it (as does Trump, I suppose). But seriously, is that how a President talks to other world leaders nowadays, or in general? Man…

So, for 2 weeks before this illustration I hadn’t drawn a thing. Nothing. Then Trumps speaks, says something typically stupid and BAM! I’m drawing. Gotta love unexpected inspiration.

This design is one of my most stolen/copied. DO NOT buy a tshirt or any product from the following sites as they are using poor quality artwork stolen from me or badly redrawn copies of my original. I do not receive any money from products purchased from them and your product will be an inferior copy: Teechip, or any store with teechip in the name, teezily or any store with teezily in the name, teefim, aafnation, trendshirt, EBAY, any Facebook promoted post, (unless it comes from me).