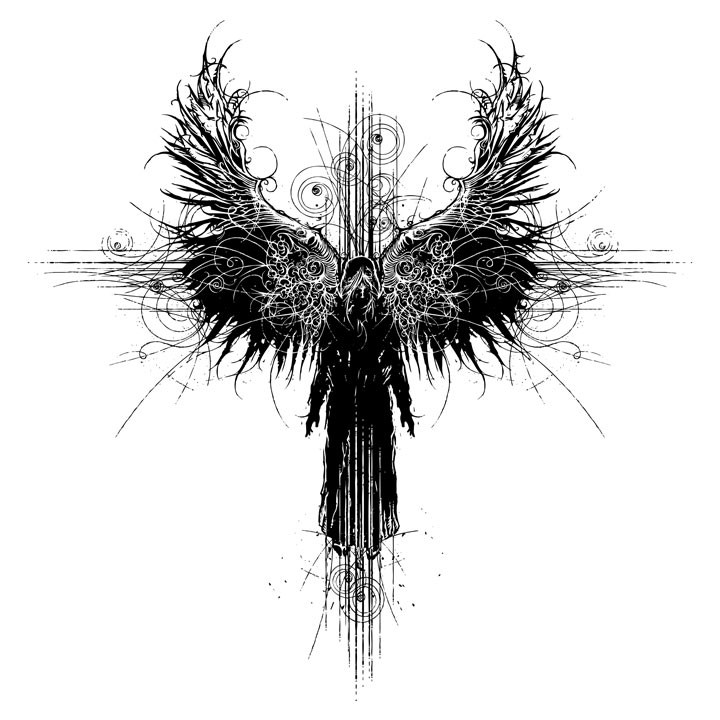 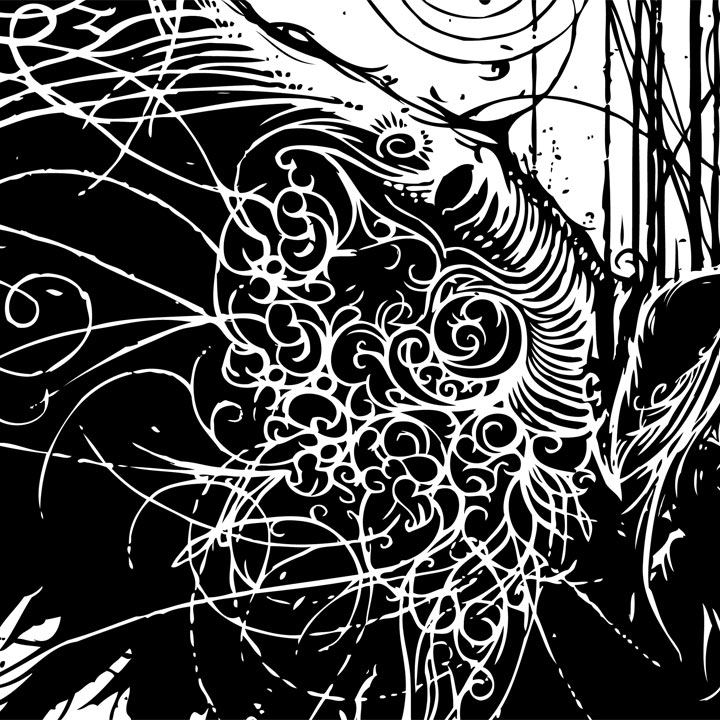 Of Particles and Angels

The title of this piece kind of says enough I think. I drew it for my tshirt line, quite a few people like it, so who am I to argue? So times you just gotta let go of what you think is right/done/good and let others be the judge for better or worse.

I personally love the finer detail right in the middle at the base of the wings on either side of the head where I drew these little patterns that echo the decaying lines of the particles on the outer edges and were also inspired by line patterns on shells which are sort of similar. It’s not a perfect drawing, but it’s a fair representation f the image that popped into my head while reading about the Collider and another book on Religious iconography in art.