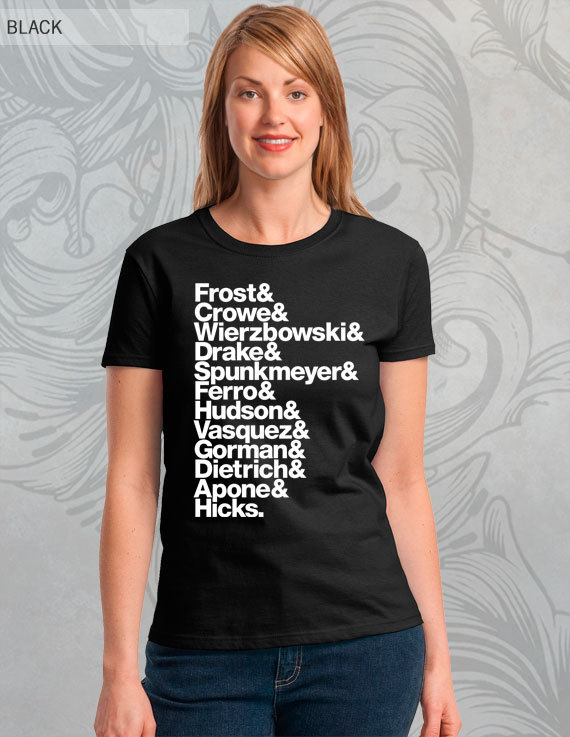 It looks simple, but this list had a lot of thought go into it, including discussions with die-hard Aliens fans, to set the agreed upon final order of the marines that die in Aliens. Of course the keen eyed observer will note that Hicks is included, even though he didn’t die until Alien 3, but I’ve decided to include him here to make the list more complete. I regularly receive emails from Aliens fans debating the order of the deaths listed, but I’m sticking to my guns. Technically, I’m listing the order in which the marine most likely dies, whether on or offscreen, and NOT based on the order they only appear to be attacked in the film, so for example a marine might have been attacked/cocooned early on but only died later when the reactor exploded, so they are placed down the list rather than further up.

Now, I know this sounds like a lot of trouble to go through for a simple text based design, but it has the additional benefit of making this design TOTALLY UNIQUE to me, as it is incredibly unlikely anyone else would have come up with this specific order themselves, making ripoffs of my work easier to find! Huzzah! Deal with it! 🙂